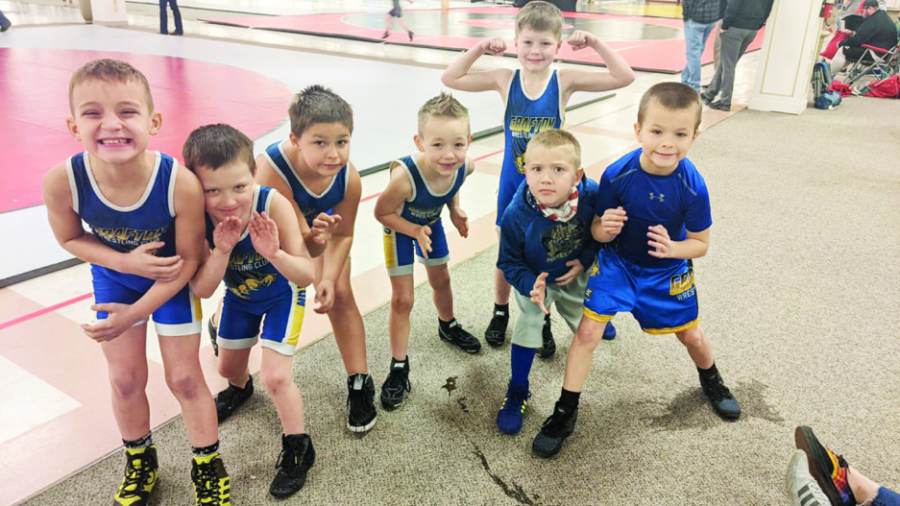 BRIDGEPORT— The Grafton Wrestling Club traveled to Bridgeport over the weekend, taking over the Meadowbrook Mall, hitting the mats to compete in the Tribe Takedown Classic hosted by Bridgeport.

The Tribe Takedown Classic was setup as a nontraditional tournament utilizing the Round Robin format in order to maximize the amount of mat time each wrestler received.

For many of these young wrestlers this was their first tournament, but despite an unusual season and first time jitters, the Grafton Wrestling Club ended the day with 15 of their members placing in the top five or better in their respective age and weight classes.

Rounding out the club’s winnings was Clarissa Miller (10u 90/95) placing fifth in her division.
“Myself and the other coaches were beyond pleased with the performance our team had over the weekend,” commented assistant coach Thomas Davis. “We have more to learn, but we are on the right track and making noticeable progress.”

The Grafton Wrestling Club will head back to Bridgeport this weekend, on Sunday, March 14 for their next tournament, to be hosted by Lewis County.