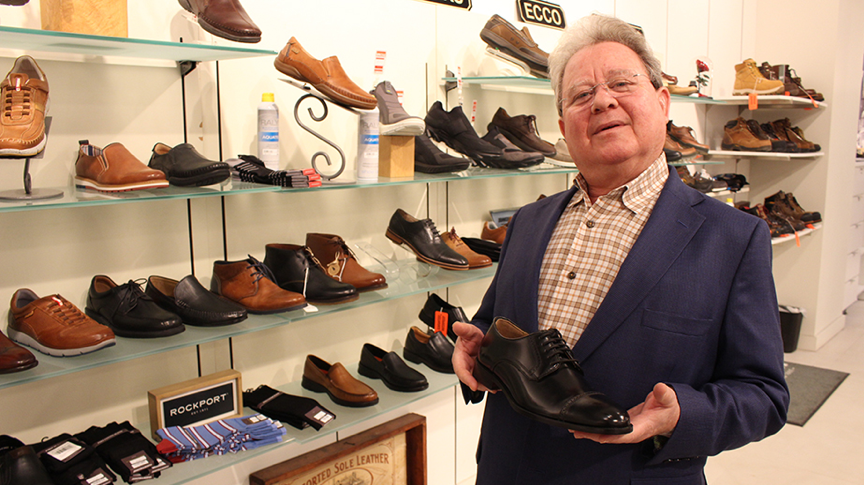 NILES, Ohio – Upon entering Reyers Shoe Store for the first time, Jenny Black experienced something she had, until that time, seen only on TV.

“I thought, ‘I can’t believe this is happening to me right now,’ ” she says.

But it was. A knowledgeable shoe professional was measuring her foot with a Brannock Device to ensure she walked out with a pair of shoes that fit her well. 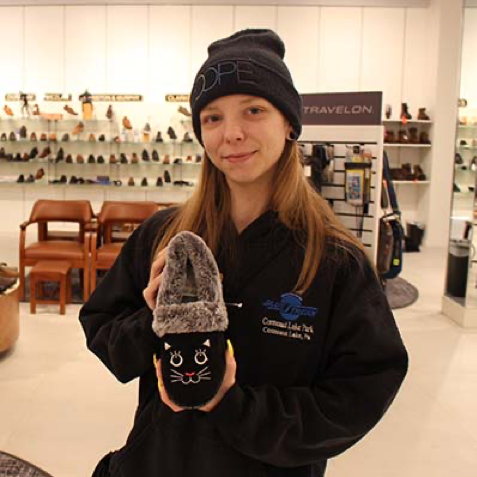 “I’m here with somebody and I told them, ‘He’s going to put the shoe on me,’ ” she says, laughing.

Although a new experience for Black, that type of service is what long-time customers of Reyers have come to expect, says its vice president, Steven Jubelirer.

“When you come to Reyers you’re going to get your foot measured by a professional who knows how to measure a foot, instead of going into a self-service store where you’re lost,” Jubelirer says.

And the staff and owners of Reyers don’t just talk the talk; they walk the walk – so their customer can walk in comfort.

On Oct. 30, less than three months after the iconic shoe store relocated from Sharon, Pa., to the Eastwood Mall, a secret shopper from Footwear Insight magazine visited Reyers.

Secret-shoppers grade each establishment on a score of 0 to 100 with stores receiving a 70 out of 100 earning a gold star.

“We got 104 out of 100 because we scored the bonus questions, too,” says President Mark Jubelirer.

In fact, Reyers received the highest score of any shoe store in the nation. “This visit was fantastic,” the secret- shopper wrote. “We would travel to this store location again and again.”

Left: Steven and Mark Jubelirer say Reyers is getting its footing back at Eastwood site; right: the Jubelirer brothers, decades ago, with their late father, Harry Jubelirer.

The store was purchased by Mark and Steven’s father, Harry Jubelirer, in the 1950s and remained in Sharon until August, when it moved to the mall.

“We see a lot of the same customers from the other location,” Steven says.

One long-time customer is Stacia Pascale of Brookfield.

“I’ve always shopped at Reyers,” she says. “If you wanted something unique they had it. When my stepdaughter got married, I wanted a very unique shoe to go with the dress I got and they had it. I still have them to this day.”

Like many, Pascale’s first visit to Reyers was as a child when her parents took her for back-to-school shopping. 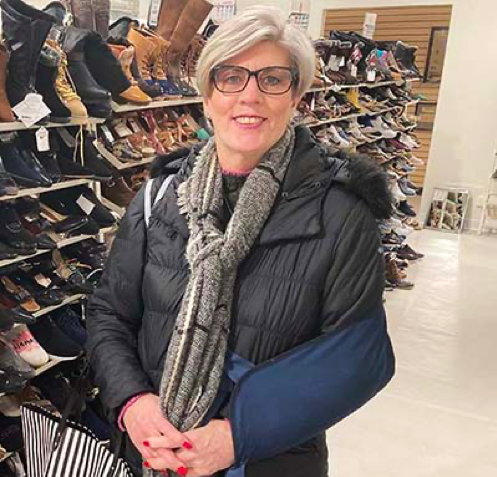 “People used to drive an hour, hour-and-a-half, to come buy shoes. We had the selection,” Steven says.

In addition to local shoppers, Reyers also attracted tour buses – about 900 a year, Mark says, from cities such as Cincinnati, Buffalo N.Y., and Toronto, Canada.

But as online shopping made buying shoes more convenient, and downtown Sharon became less of a tourist destination, foot traffic began to decrease.

“Those bus tourists chose instead to go to casinos because that was more fun and they could get shoes anywhere, just like anybody else,” Mark says. “We had less and less traffic every year in downtown Sharon.”

The pandemic and the decrease in traffic, Jubelirer says, caused Reyers to post its worst quarter ever in the fourth quarter of 2020. “It was also our worst year on record,” Mark says.

To ensure the nearly 140-year-old business would stay open, the Jubelirers decided to relocate across the state line to Niles, Ohio.

The mall, with its big-name stores such as the new Boscov’s department store, is the perfect location because the foot traffic that is so crucial to Reyers’ success is all but guaranteed, Mark says. As a result, he describes 2021 as “massively better” than 2020.

“The goal is to match pre-pandemic levels of business and we are achieving parity with 2019 more so every day.” 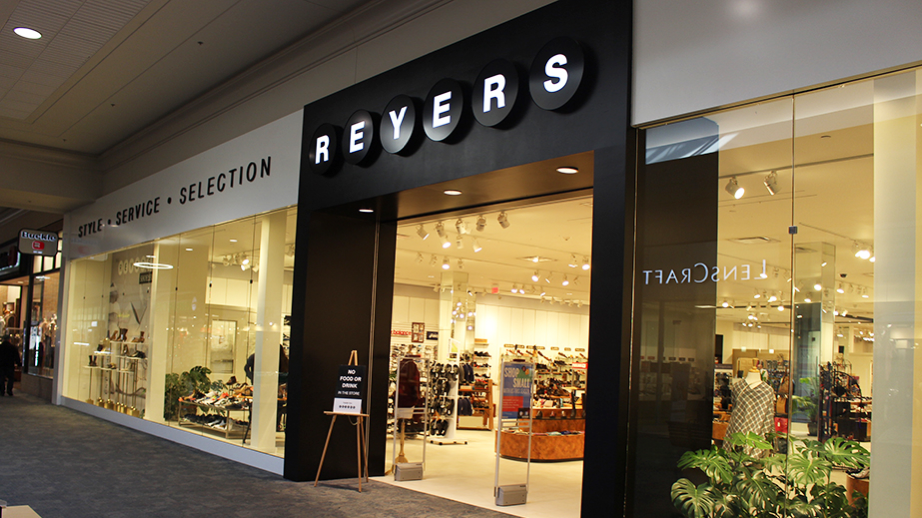 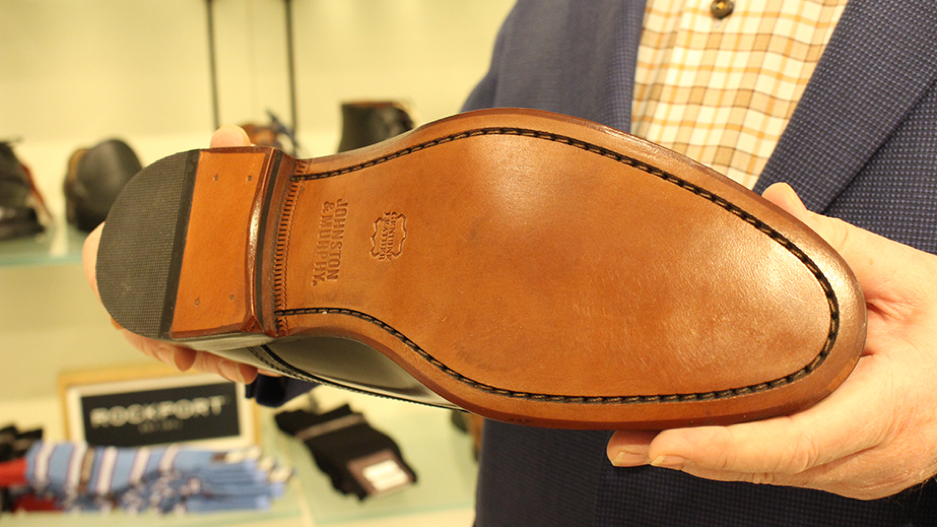 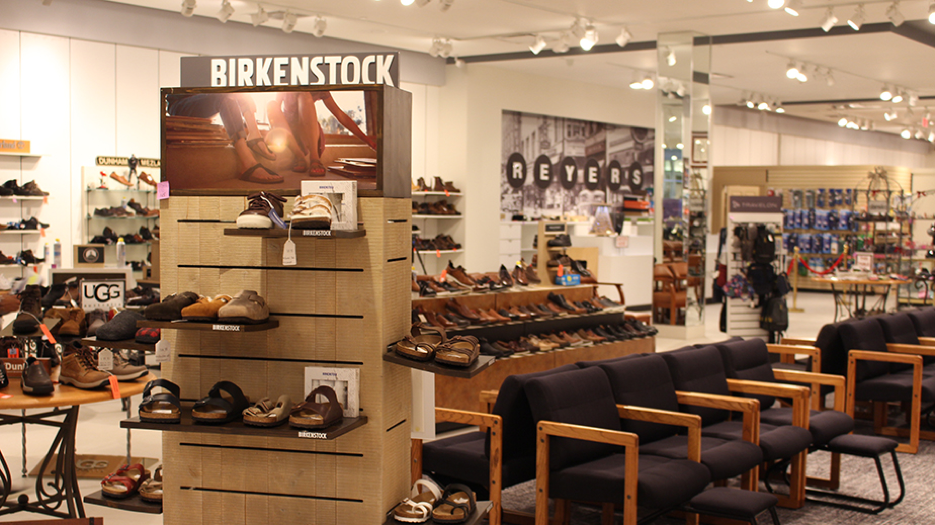 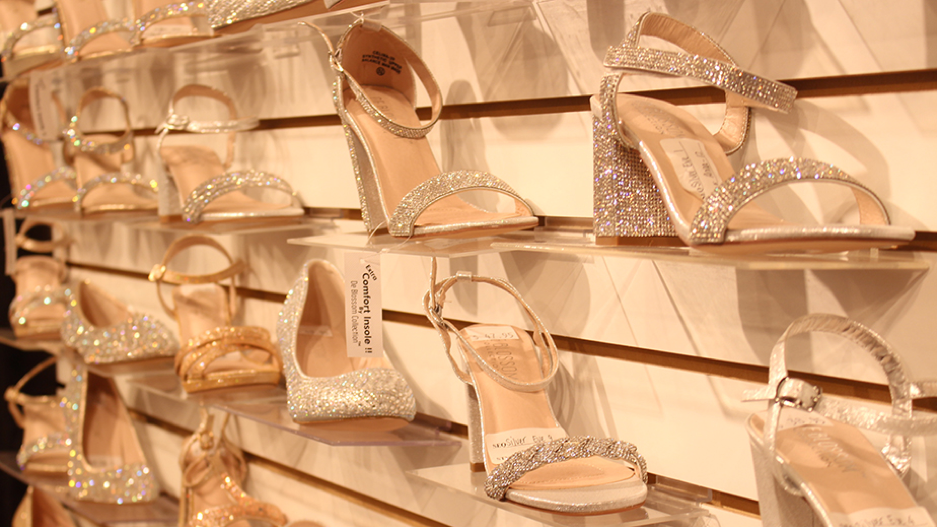 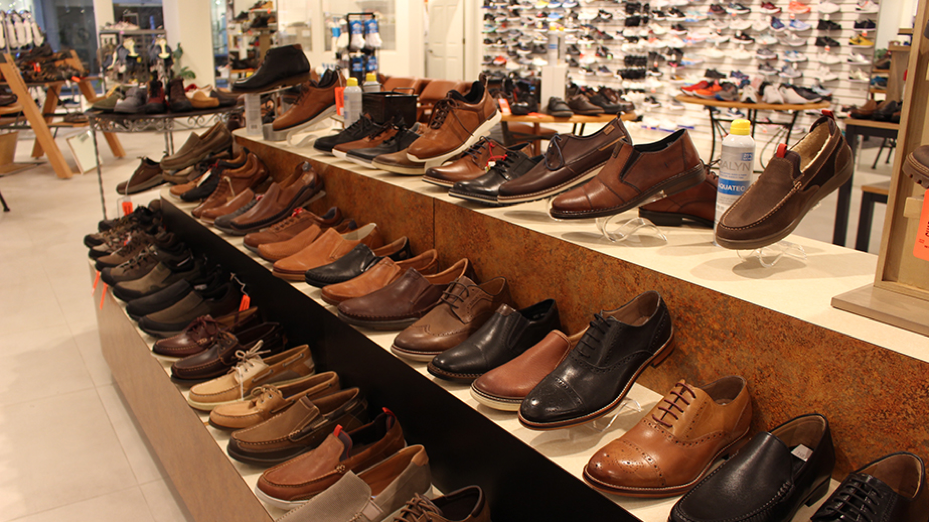 While things have worked out for Reyers, Jubelirer laments what downtown Sharon lost when the business moved. He holds it up as an example of what can happen to communities when residents fail to support local businesses.

“Local philanthropy moves to a different locality. People are hired from where the business is. We don’t hire from Pennsylvania much now,” he says.

During its years in Sharon, Reyers regularly supported local groups such as the United Way and Shoe Our Children, as well as food pantries and church groups. The Jubelirers sat on several boards, with Mark serving as president of the Downtown Sharon Association and the VisitMercerCountyPA tourism bureau.

Shoppers will likely find few if any alternatives that can match Reyers level of customer service and selection. “We have sizes and widths to accommodate a wider foot, a narrower foot,” Steven says.

In back of the store, out of sight of shoppers, is the supply room where Reyers stores the 20,000 shoes it keeps on site. The Jubelirers call it “miles of aisles.”

“It seems like in this location we’re selling a little higher-end, higher-priced product,” says Steven, adding that he and his brother have received nothing but positive feedback from their new customers. “A lot of the customers recognize that this is a better product than what you can find in the chain stores.”

And Mark says the brothers plan to do everything they can to keep shoppers coming back again and again. “It’s going to take a little while longer for us to develop a loyal following here but we shall.”