The 2021 holiday shopping season was highly successful thanks to a much higher level of in-person shopping, according to reports.

Shoppers took to the stores during the 2021 holiday shopping season to deliver higher in-person numbers than in the last two years. 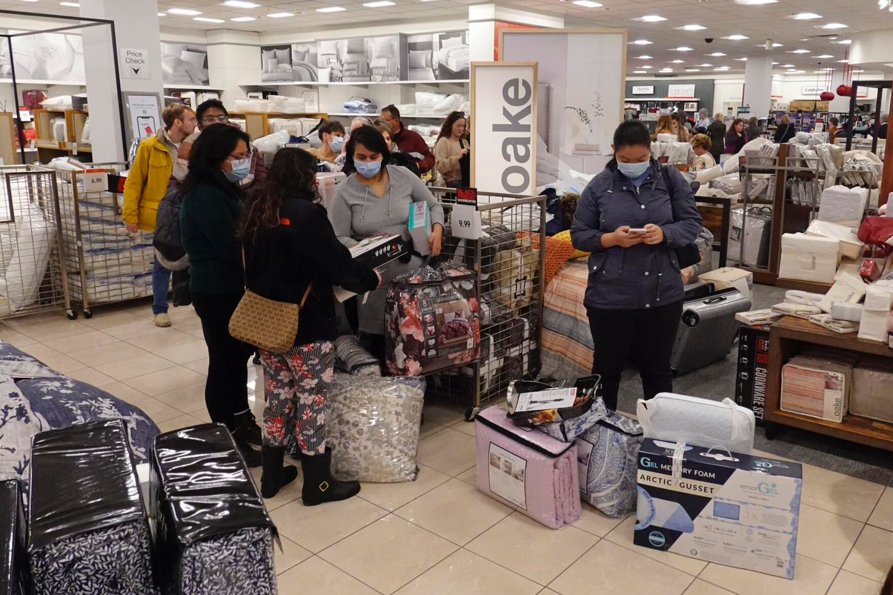 The final numbers are not yet in for the 2021 holiday season, but officials’ early estimates suggest that businesses in West Virginia enjoyed a strong showing.

“The preliminary indications show that spending was increased over 2020,” said Steve Roberts, president of the West Virginia Chamber of Commerce.

“I can tell you … on an anecdotal level, we’re getting very good reports back telling us through word-of-mouth — a lot of the different managers at different retail outlets — they’ve been telling us it was a good season,” said Joe Bell, director of corporate communications for Cafaro Company.

“They had a lot of good traffic and they had very strong sales for the month of December,” Bell said.

Customers seem to have put effort into their gift-giving, as sales were higher than last year’s holiday season, giving the economy a nice boost heading into the new calendar year.
“So first of all, the spending appears to be up over 2020. The consumers appear to have spent rather liberally. That, of course, helps the economy because over 70% of our economy is connected to consumer spending,” Roberts said. “So we feel that when all the numbers are tallied, we’re going to have had a very good holiday spending season.”

As Roberts noted, data is still being collected from the latest holiday season.

Some sales will even continue to trickle in through returns and gift cards, according to Bell.
“A lot of those sales are going to continue coming over this week and (the week of Jan. 9-15),” he said. “A lot of consumers are going to be using this time for returns or for spending gift cards they received.”

Perhaps the biggest difference between the 2021 and 2020 holiday seasons was that 2021 saw much higher levels of in-person spending compared to massive online sales in 2020.
“Certainly an uptick from last year for sure (for in-person buying). A lot of reports are indicating in many of the retailers that they were seeing better sales than 2019,” Bell said.
“We believe there was more in person spending than last year, but we’re also seeing large gains in online purchasing. So that is certainly keeping the delivery people busy,” Roberts said.
He notes that the demand for online purchases has remained high, which has moved some of the workforce toward deliveries.

“We actually have a decrease in the number of retail workers in West Virginia, and we think that’s largely because of the online purchasing that’s growing in our state,” Roberts said. “Delivery companies are hiring. There’s a great need for truck drivers.”

Because of the much higher in-person shopping in West Virginia, the final numbers for Christmas 2021 spending will likely be promising for businesses, according to Bell.

“Just from what we’re hearing anecdotally from store managers around our properties — around the Meadowbrook Mall, Huntington Mall — it was a very strong holiday season,” Bell said. “Lots of foot traffic. Lots of in-person shopping. I think everyone’s going to be pleased when they tally their final results.”