“Let’s go to the mall.” How often have you proposed this option as a way to fill a portion of the day with friends or family? How often have you followed through, heading to the mall to browse clothing racks or catch good sales or just for some walking exercise on a cold or rainy day? Malls are staples of the modern experience, and the largest mall, in West Virginia at least, is Huntington Mall in Barboursville, which encloses a massive 1,570,160 square feet of retail space and boasts more than 150 stores and services.

First opened in 1981, Huntington Mall isn’t the newest mall in West Virginia, but it certainly is our largest! 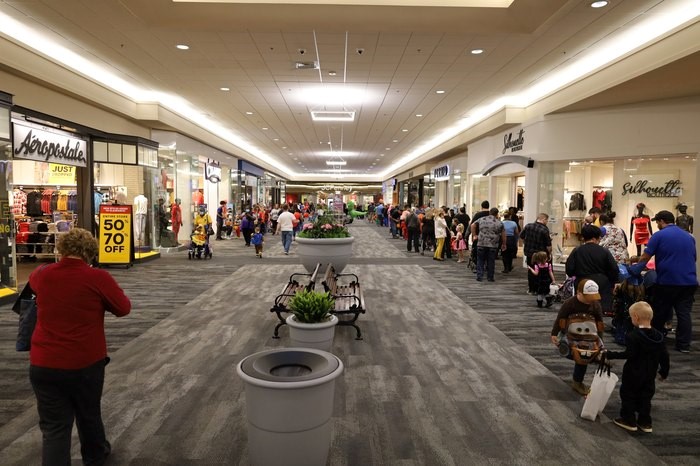 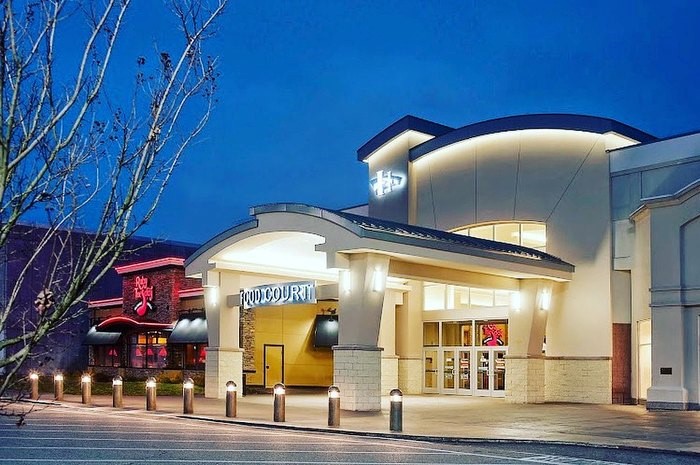 mall has been a community staple to the greater Huntington, West Virginia area.

With 11 anchor tenants and more than 150 shops and services (including a massive food court, an indoor play place for children, and an in-mall movie theater!), Huntington Mall has a little something for everyone.

In addition to all their shops, restaurants, and services, Huntington Mall offers all kinds of special events and programs for kids and adults.

Plus, the hundreds of millions of dollars in retail trade that happens here significantly contributes to the tax revenue of the Barboursville community.

And then there’s the fact that other stores have seen fit to build around this thriving nucleus: West Virginia’s first Best Buy. A Chick-Fil-A. Hotels. Gas stations. Walmart.

To learn more about all the shops and services available at Huntington Mall, head to this massive mall’s website. Have you ever strolled through the long corridors of the largest mall in West Virginia, perusing all the many shopping and entertainment options? Which store here do you come back to again and again? Oh, and while you’re in Barboursville, don’t miss the chance to pop in to this one-of-a-kind retro arcade!

The 2021 holiday shopping season was highly successful thanks to a much higher level of in-person shopping, according to reports.

Shoppers took to the stores during the 2021 holiday shopping season to deliver higher in-person numbers than in the last two years. The final numbers are not yet in for the 2021 holiday season, but officials’ early estimates suggest that businesses in West Virginia enjoyed a strong showing.

“The preliminary indications show that spending was increased over 2020,” said Steve Roberts, president of the West Virginia Chamber of Commerce.

“I can tell you … on an anecdotal level, we’re getting very good reports back telling us through word-of-mouth — a lot of the different managers at different retail outlets — they’ve been telling us it was a good season,” said Joe Bell, director of corporate communications for Cafaro Company.

“They had a lot of good traffic and they had very strong sales for the month of December,” Bell said.

Customers seem to have put effort into their gift-giving, as sales were higher than last year’s holiday season, giving the economy a nice boost heading into the new calendar year.
“So first of all, the spending appears to be up over 2020. The consumers appear to have spent rather liberally. That, of course, helps the economy because over 70% of our economy is connected to consumer spending,” Roberts said. “So we feel that when all the numbers are tallied, we’re going to have had a very good holiday spending season.”

As Roberts noted, data is still being collected from the latest holiday season.

Some sales will even continue to trickle in through returns and gift cards, according to Bell.
“A lot of those sales are going to continue coming over this week and (the week of Jan. 9-15),” he said. “A lot of consumers are going to be using this time for returns or for spending gift cards they received.”

Perhaps the biggest difference between the 2021 and 2020 holiday seasons was that 2021 saw much higher levels of in-person spending compared to massive online sales in 2020.
“Certainly an uptick from last year for sure (for in-person buying). A lot of reports are indicating in many of the retailers that they were seeing better sales than 2019,” Bell said.
“We believe there was more in person spending than last year, but we’re also seeing large gains in online purchasing. So that is certainly keeping the delivery people busy,” Roberts said.
He notes that the demand for online purchases has remained high, which has moved some of the workforce toward deliveries.

“We actually have a decrease in the number of retail workers in West Virginia, and we think that’s largely because of the online purchasing that’s growing in our state,” Roberts said. “Delivery companies are hiring. There’s a great need for truck drivers.”

Because of the much higher in-person shopping in West Virginia, the final numbers for Christmas 2021 spending will likely be promising for businesses, according to Bell.

“Just from what we’re hearing anecdotally from store managers around our properties — around the Meadowbrook Mall, Huntington Mall — it was a very strong holiday season,” Bell said. “Lots of foot traffic. Lots of in-person shopping. I think everyone’s going to be pleased when they tally their final results.”

HUNTINGTON — Work will soon start at the former Sears building at the Huntington Mall, beginning with partial demolition of the inside of the building.

During Tuesday’s regular meeting of the Board of Education, E.P. Leach and Sons was awarded the contract for demolition work for the new Career Technology Center at the mall. The 100-day contract is worth $683,000, paid for through bond monies. Work is expected to begin in the next couple of weeks, officials said.

The demolition work includes the removal of existing lighting fixtures and ceiling separating the two floors, as well as all floor tiles and fixture walls inside the building.

“Once we remove display walls, it opens up the room for other contractors to work,” said Dave Ferguson, of ZMM Architects and Engineers, the lead contractor for the new building.

He added that fixtures such as the escalators and elevator will remain to keep the structural integrity of the building intact.

“We don’t want to do too much structural work until we find out where all the rooms are going to be,” Ferguson said.

The approval of a contract for Casto Technical Services to install an HVAC system in the gymnasium at the district’s Transportation Department headquarters, worth $85,660, was also approved.

In other business, Gibson Davis, a student at Cabell Midland High School, was recognized by the board for his appearance in Bluegrass Today after stepping in for five-time International Bluegrass Music Association Banjo Player of the Year Kristin Scott Benson, of the Rascals, who couldn’t play an event due to a family emergency.

Bluegrass Today is an online forum for bluegrass fans, writers, musicians and industry professionals. It’s the second time Davis has been published by the outlet. He also received a special shoutout from Bill Cody, DJ at WSM-AM in Nashville, the official radio home of the Grand Ole Opry.

Board members also approved the superintendent’s recommendation to ratify an unpaid suspension of professional employee Todd Parks, retroactive from Sept. 17 and continuing until an investigation is complete and a resolution is reached.