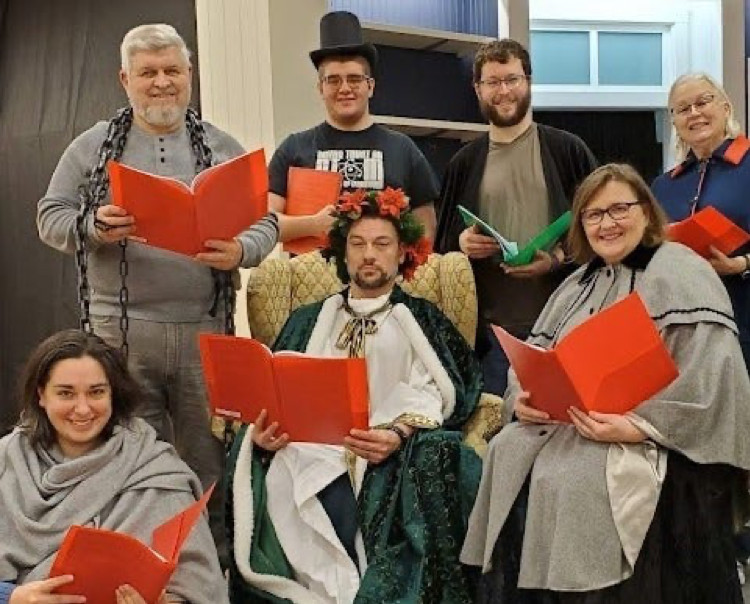 Hear the original text of Charles Dickens’ “A Christmas Carol” this weekend at the Mall of Monroe.

Monroe Community Players will host a “A Christmas Carol: A Readers Theater Experience” at 7 p.m. Friday and Saturday and at 2 p.m. Sunday at its space at the mall, 2121 N. Monroe St.

Donning winter-themed attire, nine members of Players will read the classic story and represent more than 20 characters and narrators.

“This version of ‘A Christmas Carol’ is based on the version Charles Dickens himself used when reading the story for audiences in America,” David P. Wahr, editor and director, said.

Readers Theater, said the director, “is where the focus is on the words of the story, and not on the traditional elements of a theatrical production, such as props, costumes and sets. Often called ‘theater of the mind,’ Readers Theater depends on the storytellers’ ability to convey emotion through mostly voice alone.”

“A Christmas Carol” is the 1843 Dickens classic about a miser who is visited by various spirits and forced to confront sad truths about his life and where he is headed if he does not change his ways.

“You’ve seen the countless movies, remakes, animated specials and imitations of ‘A Christmas Carol.’ Now experience the original story as it was meant to be told,” Wahr said.

Tickets are $10 each and are available at www.monroecommunityplayers.org; by calling the MCP ticket office at (734) 241-7900, and at the door.

Masks are requested, regardless of vaccination status.