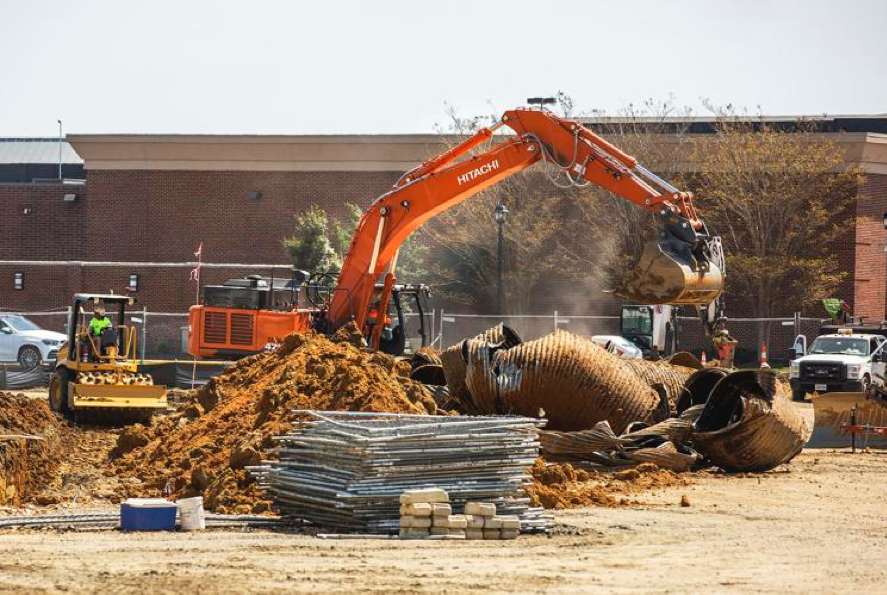 Crews prepare for the construction of the Attain at Spotsylvania Towne Centre, an apartment complex. | PETER CIHELKA / THE FREE LANCE–STAR 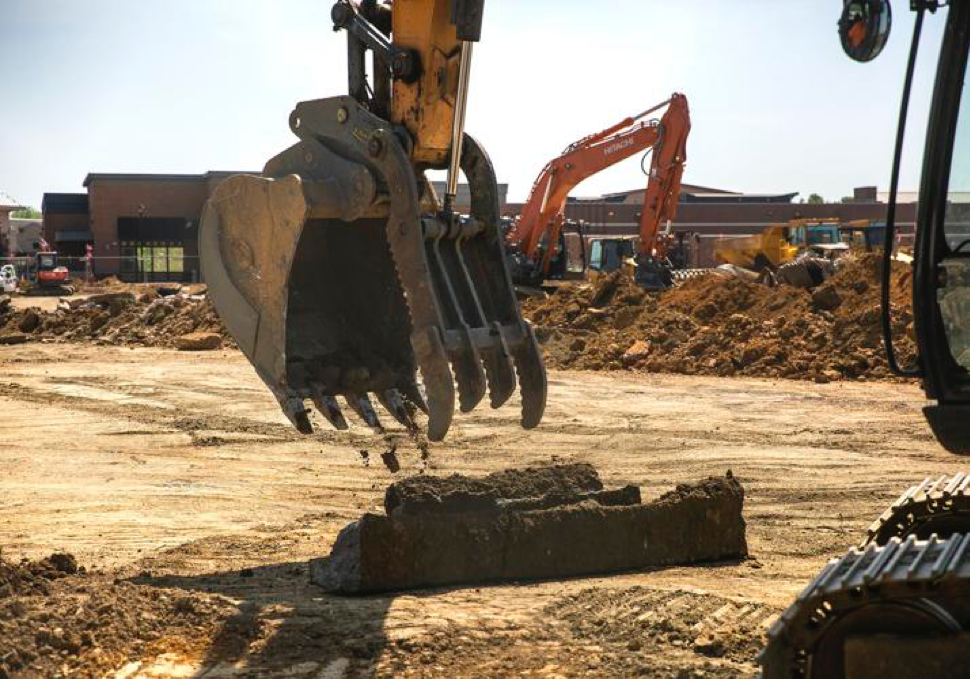 Apartments are being built at Spotsylvania Towne Centre. | PETER CIHELKA / THE FREE LANCE–STAR

Fencing was up and the area had already been cleared for construction at the Spotsylvania Towne Centre, but officials were at the site Monday to kick off the apartment building project with a groundbreaking ceremony.

The work site has replaced the old Sears, which was shuttered and razed. The former store, one of the mall’s original tenants, will be replaced by a pair of four-story buildings with up to 271 apartments.

Work crews have been busy for about a month, Joe Bell, spokesman for mall owner Cafaro, said Tuesday.

Some of the work has included adding a new lane in the parking lot for better access to stores, Bell said. A section of the parking lot has been temporarily closed, and will reopen when the project is completed.

Bell said crews will start with utility work, then begin constructing the building.

He said they hope to open Attain at Spotsylvania Towne Centre in phases, with the entire project completed within two years.

Cafaro has partnered with developer Bonaventure Investments to build the apartment complex. Officials from both companies attended last week’s groundbreaking.

When the apartments open, Bell said it will create an “extremely convenient” environment for residents.

The Spotsylvania Board of Supervisors approved the apartment plan in January 2021. Plans also call for 352 parking spaces, pedestrian crosswalks, sidewalks and a pool.