New Dutch Bros Coffee drive-thru opens on Pacific Avenue in Fife BY TONY OVERMAN
Expect more traffic than usual at South Hill Mall for the next few weeks as Dutch Bros fans wait in line for coffee and pastries.

The Oregon-based coffee chain opened its third location in Pierce County on Thursday at 201 39th Ave. SW, in Puyallup.

A South Hill Mall developer, Joe Corsell, said coffee lines have been long because of the brand’s loyal fan base.

“Last few days, the responses have been big,” Corsell said.

The mall has designated workers to direct traffic as queues wrap around the parking lot.
Dutch Bros had been interested in expanding, and Corsell said the mall wanted tenants that people in the community wanted to visit, so it was a natural fit.

The drive-thru and walk-up store is on the JC Penney side, in the parking lot across from U.S. Bank.

Another site in the 8600 block of Steilacoom Boulevard Southwest is still early in the development process. 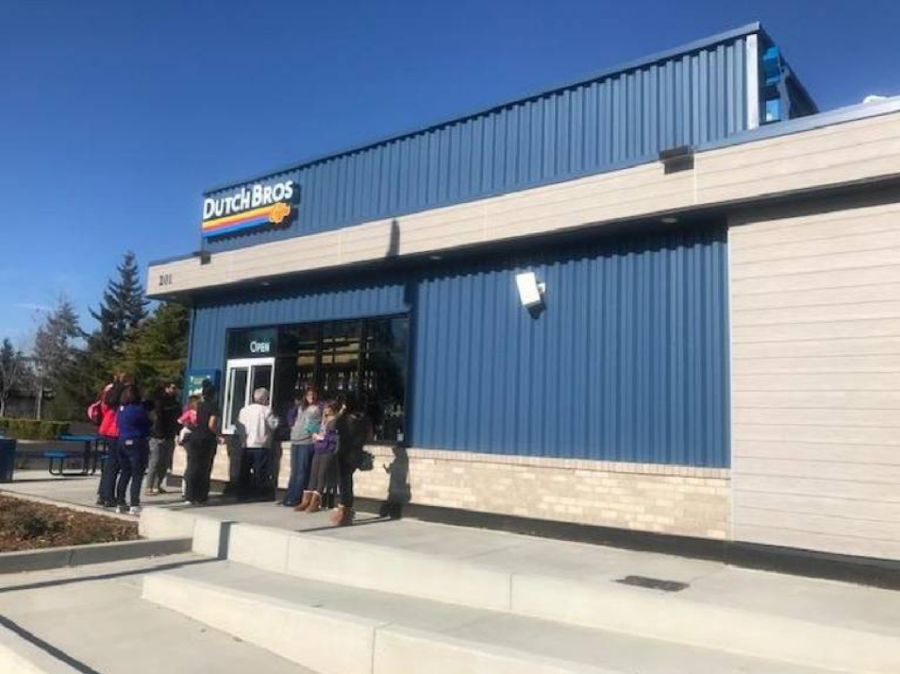 Dutch Bros opened a store at the South Hill Mall on Thursday. Customers can order by drive-thru or a walk-up window. SUBMITTED BY CAFARO COMPANY

JOSEPHINE PETERSON
253-597-8258
Josephine Peterson covers Pierce County and Puyallup for The News Tribune and The Puyallup Herald. She previously worked at The News Journal in Delaware as the crime reporter and interned at The Washington Post.