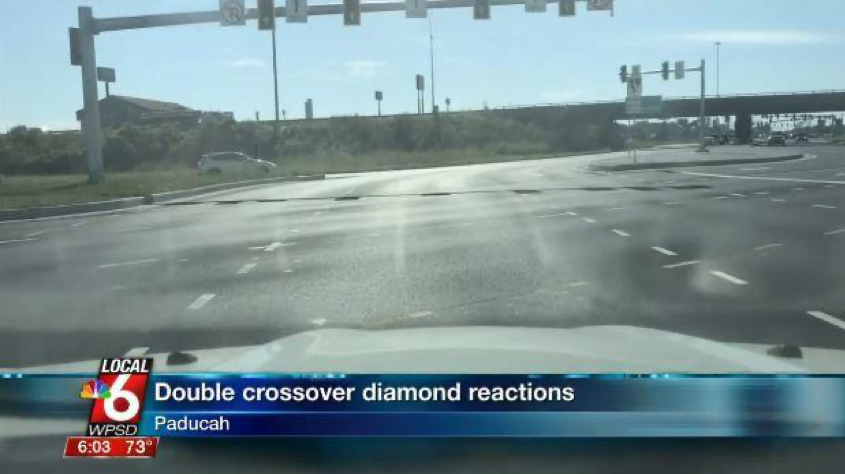 PADUCAH — It’s been a little over two months since the multimillion-dollar double crossover diamond interchange project was finished in Paducah at I-24 exit 4. Many businesses and drivers near Kentucky Oaks Mall in Paducah complained about the weeks of construction. Some people were apprehensive about the change, but now they are on board after getting a chance to experience it. 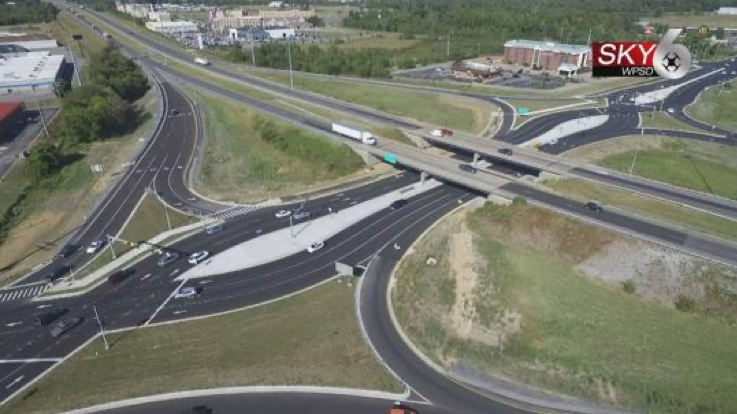 If you didn’t know any better, you’d think you’re driving on the wrong side of the road at the double crossover diamond interchange.

“It was kind of odd at first, because you’re switching sides, but I’m used to it,” said Phillip Barnett. “I love it.”

Barnett has lived in McCracken County for 60 years. He said if you just follow the arrows, you’ll be fine.

Jerry Barefield came from Illinois to Paducah Wednesday to celebrate his birthday with his mom. He calls the interchange a blessing in disguise.

“It’s kind of confusing at first, but I’m getting used to it. It’s taking a lot of congestion out of the area,” Barefield said. “So, it’s working out pretty good, especially for the holiday coming up.”
In initial studies the Kentucky Transportation Cabinet conducted found the interchange needed to change for your safety. A two-year crash report showed 58% of traffic crashes were rear-end crashes and the cause was stop and go traffic.

“I can remember trying to get through the traffic prior to it being built, and it seems like this is a whole lot speedier. It’s faster,” Barnett said.

Construction was a headache for people in the beginning, but it seems like a faster flow of traffic was just what was needed.