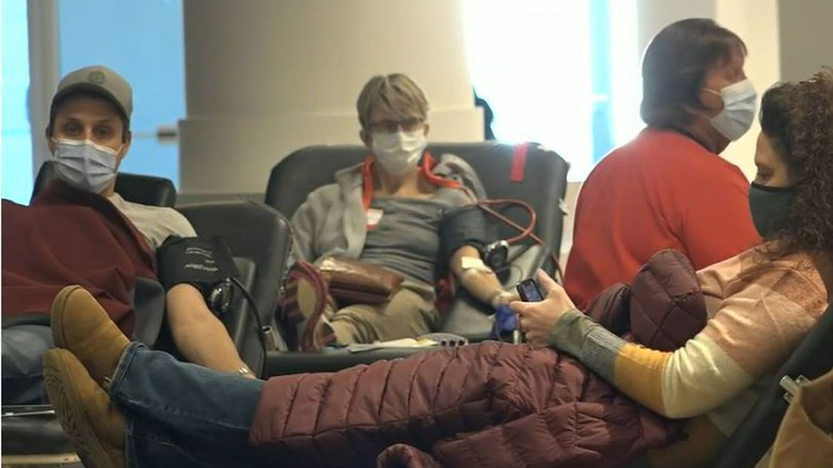 “Red cross is testing all blood donations for COVID-19 antibiodies, so that’s an added bonus for our donors to find out if they’ve had the virus,” said Nicole Miller, American Red Cross Account Representative for Donor Services. “If they do have it and they have the positive antibody test we can use their plasma for convalescent plasma to help current coronavirus patients.”
Workers wore masks, kept social distance and were seen constantly cleaning. 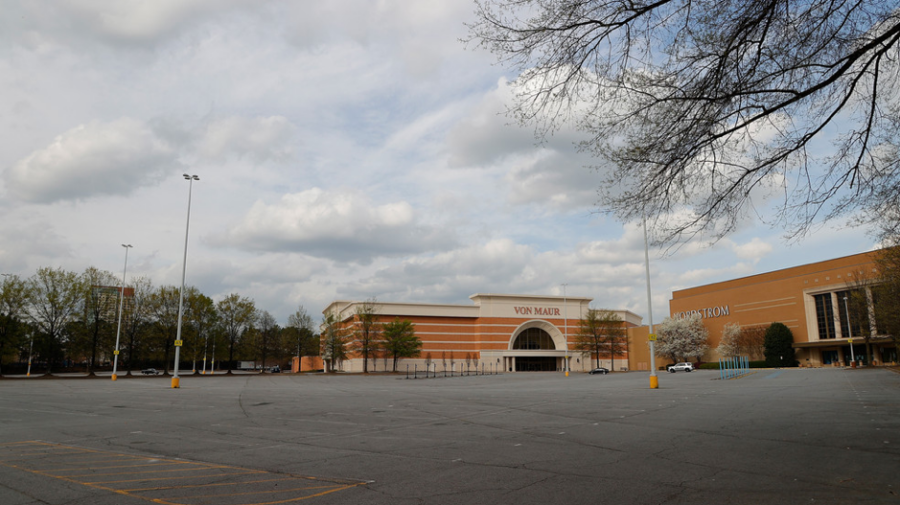 ATLANTA, GEORGIA – MARCH 20: A view of the empty parking lot between Von Maur and Nordstrom at Perimeter Mall on March 20, 2020 in Atlanta, Georgia. Both stores have temporarily closed to help prevent the spread of coronavirus (COVID-19). (Photo by Kevin C. Cox/Getty Images)

On Wednesday, Governor Kim Reynolds loosened some COVID-19 restrictions for counties hit the hardest by the disease starting Friday.
Those adjustments include allowing malls to partially reopen with social distancing measures in place.
In a statement to Iowa’s News Now, Von Maur plans to reopen its location at Lindale Mall on Friday, May 8.
Hours will be reduced from 11am-7pm Monday through Saturday and Sunday 12pm-6pm. Contactless payment and curbside services will be available.

“I want to thank all who have supported Von Maur in these unprecedented and uncertain times. Whether it was through words of encouragement or an order placed online, it reinforced the importance of valuing customers and employees each and every day. Von Maur’s commitment to the safety and health of both will remain at the forefront of the decisions we make,” said president Jim von Maur.
Kennedy Mall in Dubuque also announce it will reopen on Friday. Hours are expected to return to normal (10AM-9PM Monday through Saturday and 11AM-6PM).

Mall officials said social distancing measures will be in place. 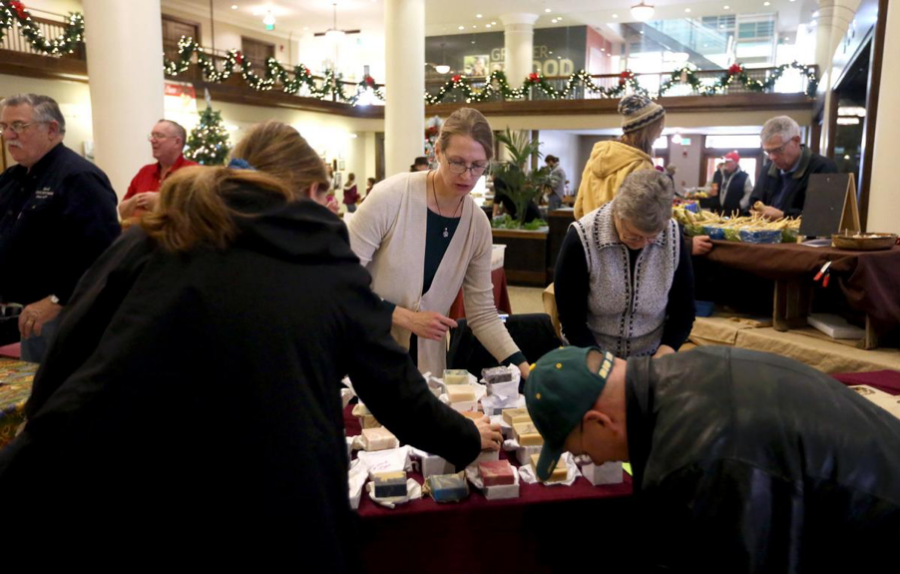 Paul Opperman (left) and Kevin and Jade O’Connell (right), of O’Connell Organic Acres, work their booths Saturday at the Dubuque Farmers Market in the Roshek Building.

Michelle Doll (center left) and Joyce Doll (center right) work at their booth at the Dubuque Farmer’s Market in the Roshek Building on Saturday, Dec. 21, 2019.

Jim Baal has been selling his goods at the Dubuque Winter Farmers Market since its 2007 inception.
The owner of Baal Poultry Farm recalled the market’s earliest days in an old automotive shop building. The seasonal offering then spent years in the former Colts Center on Central Avenue.

Earlier this year, the market made the jump to its current location in the Roshek Building lobby, where it has continued to grow and expand.
“A lot of people want to know where their food is coming from,” Baal said. “(The winter market) gives them access to that.”
Now, organizers are preparing for the market’s next chapter ahead of a move to Kennedy Mall early next month. The first market at the new location will be Jan. 4.

Vendors and shoppers say the market provides a valuable way to support local foods outside of the hustle and bustle of the summer farmers market season. They hope to see that continue at the new location.

“I love it,” said Carol Nauman, owner of Chocolate Reflections in Dubuque. “There’s a lot of neat people that come down. … Winter market, I think, is great.”

The Roshek Building lobby bustled Saturday morning with shoppers stocking up on produce, baked goods and other wares from vendors. Flyers set out on various tables advertised the upcoming move.

Lynne Einarsen loaded up two grocery bags with her purchases. Einarsen, of Dubuque, likes to frequent farmers markets because she enjoys meeting the people there, shopping local and picking up high-quality products.

“The whole concept of this market enhances community,” she said. “I think it enhances humanity.”

Dylan Jacobson, of Iowa City, also stopped by the Roshek Building. He and his wife ran a pop-up gallery as part of the Central Express events held in Central Avenue Corridor this fall, so the two have been frequenting Dubuque. While in town, they discovered the winter farmers market.

They like buying local and supporting their community. While there are plenty of opportunities to visit farmers markets during the summer, it can be easy to end up shopping at chain stores during winter when markets are more sparse, Jacobson said.

That’s what makes the winter market a valuable opportunity.
“We’ve gotten to know some of the people here, so it’s definitely building a community that we want to become a part of,” said Jacobson, who is considering a move to the community this spring.

Just 11 months after organizers moved the winter market from its longtime spot at the former Colts Center, the market will open at its new home in the former Younkers men’s store at Kennedy Mall.

The move comes as Cottingham & Butler and Heartland Financial USA work to purchase the Roshek Building. Market manager Paula Connors said the new owners have plans for the space currently occupied by the market.

While Kennedy Mall will be untested territory, Connors hopes customers will follow the market to its new location and that vendors will find new customers on Dubuque’s West End.

As far as she knows, all of the market’s current vendors intend to set up shop at the mall. Once she and the other vendors get settled in, Connors will evaluate the possibility of adding vendors

“I’m really excited about the move,” she said.

Einarsen said she is a bit sad to see the market leave the historic downtown building, but the mall will offer better parking and will be closer to where she lives. She also hopes the new location will open up doors for other vendors to join.

“I think it’s going to be a great move,” she said.

Copyright, Telegraph Herald. This story cannot be published, broadcast, rewritten or redistributed without prior authorization from the TH.